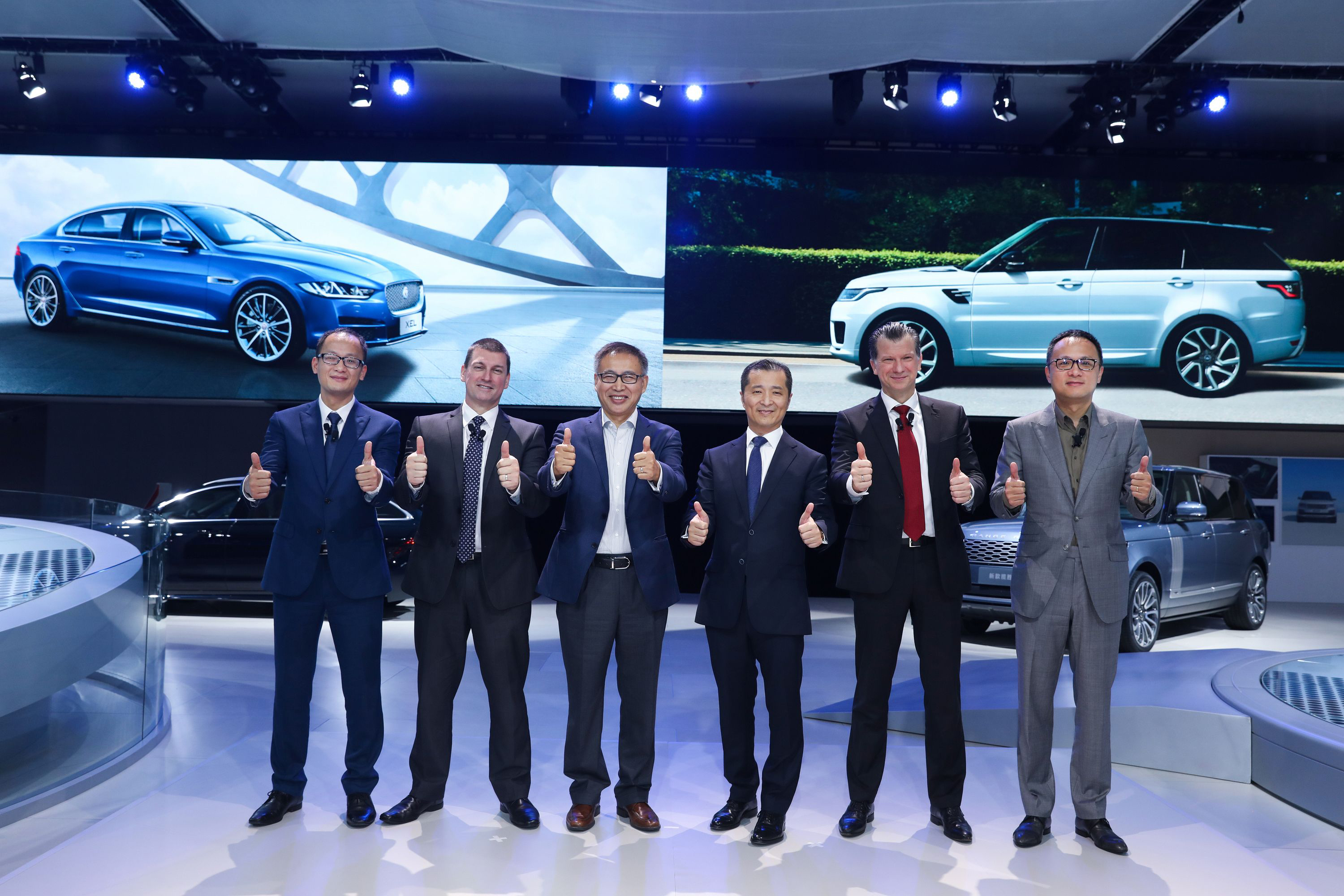 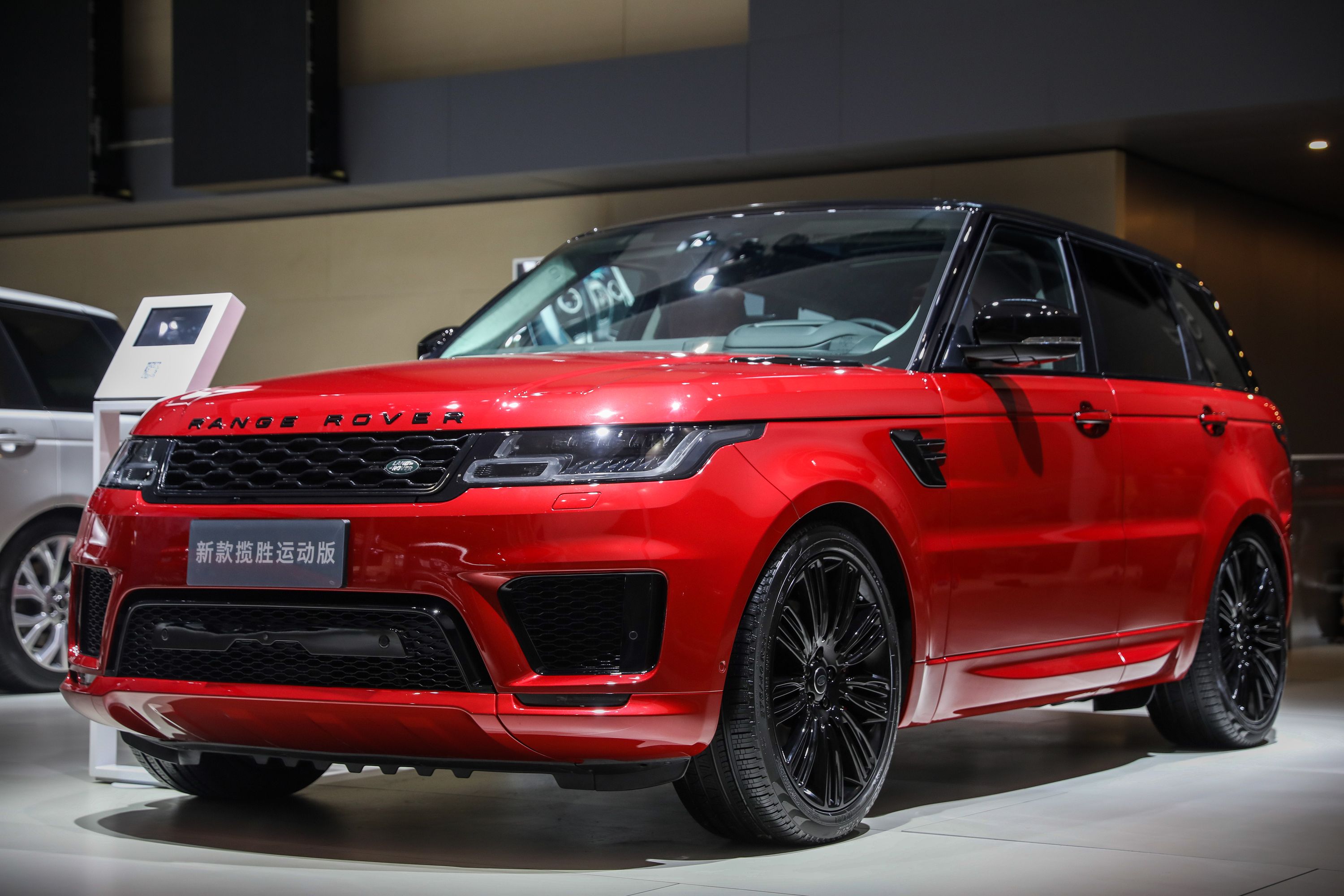 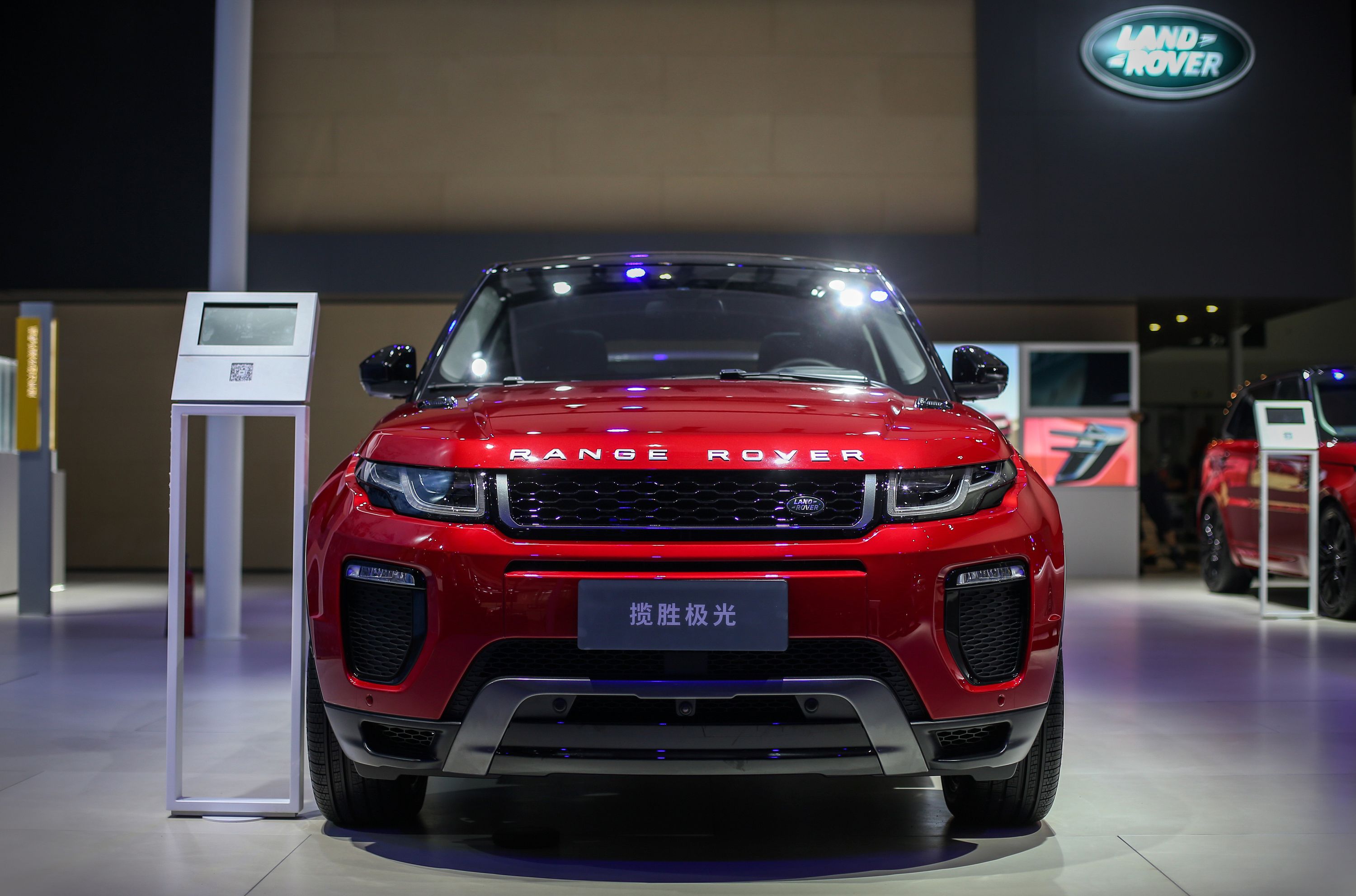 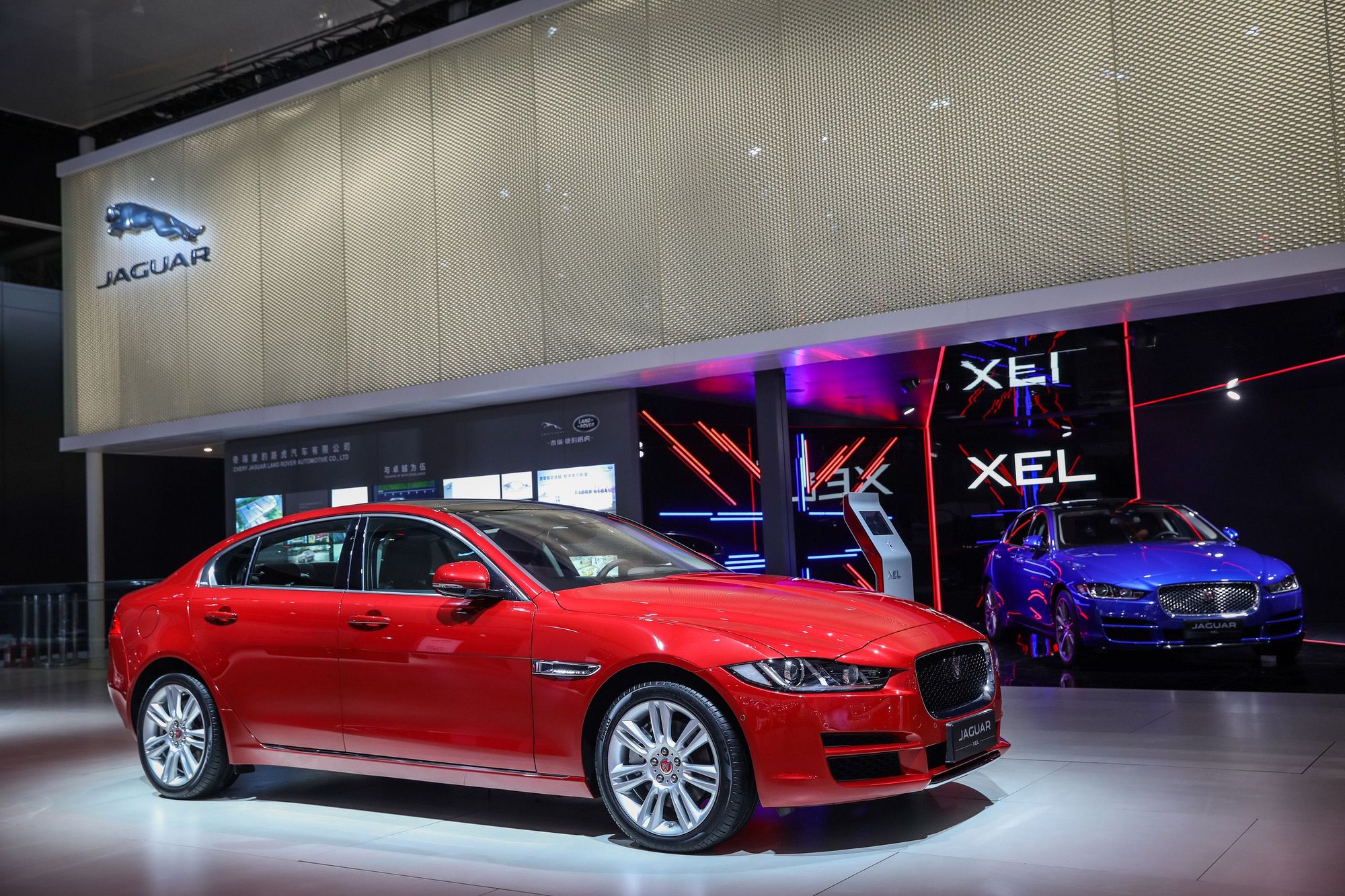 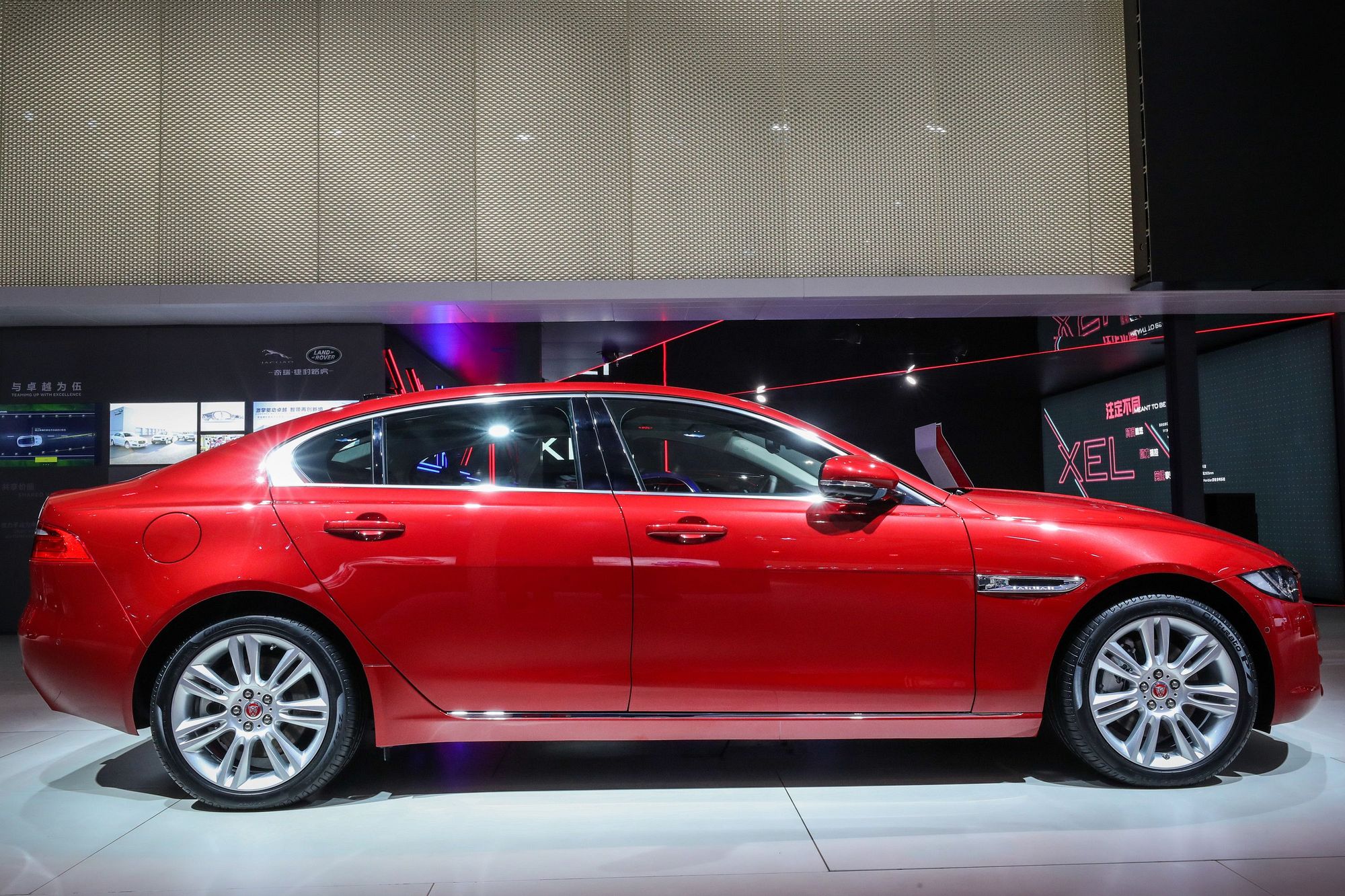 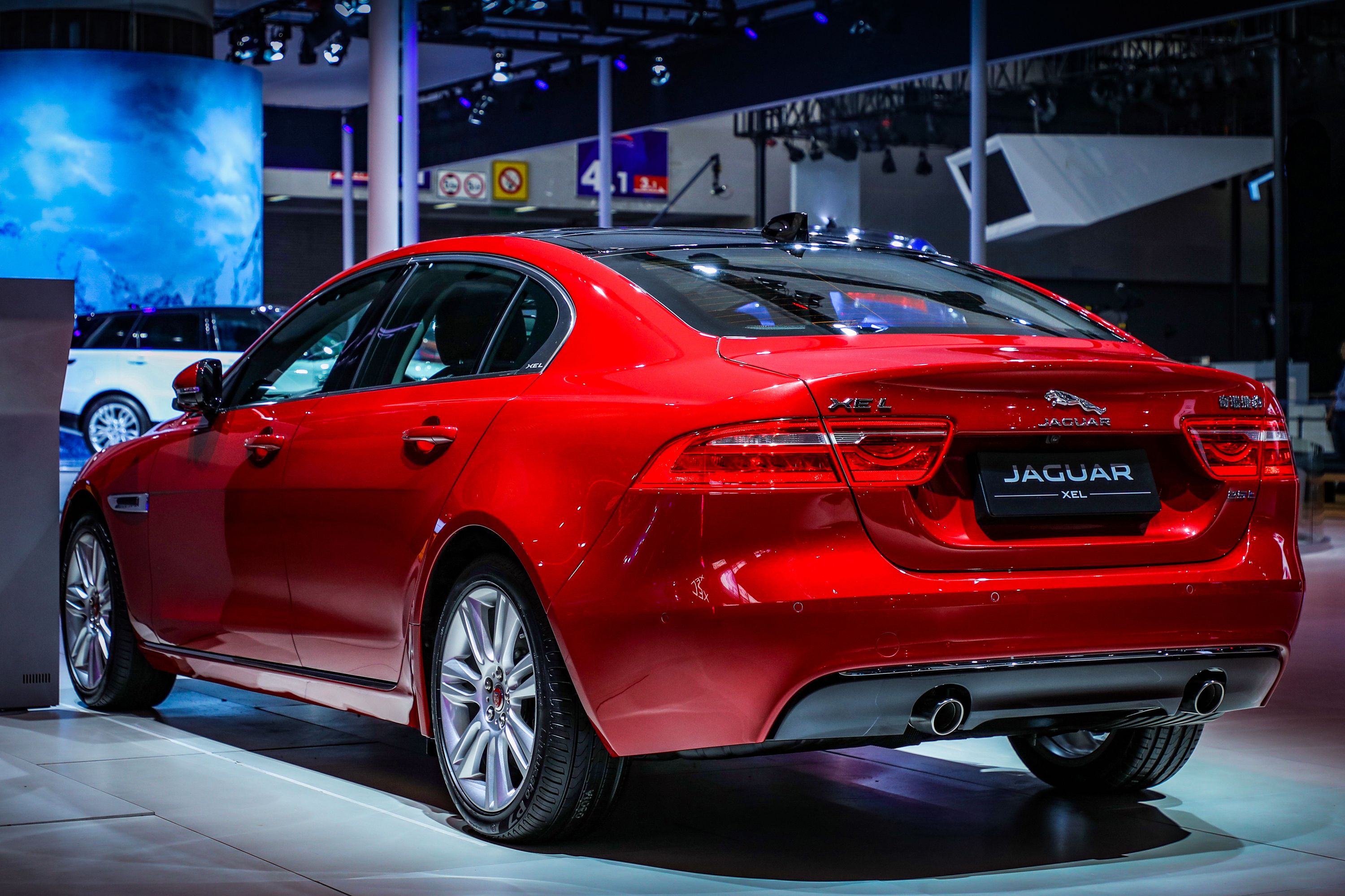 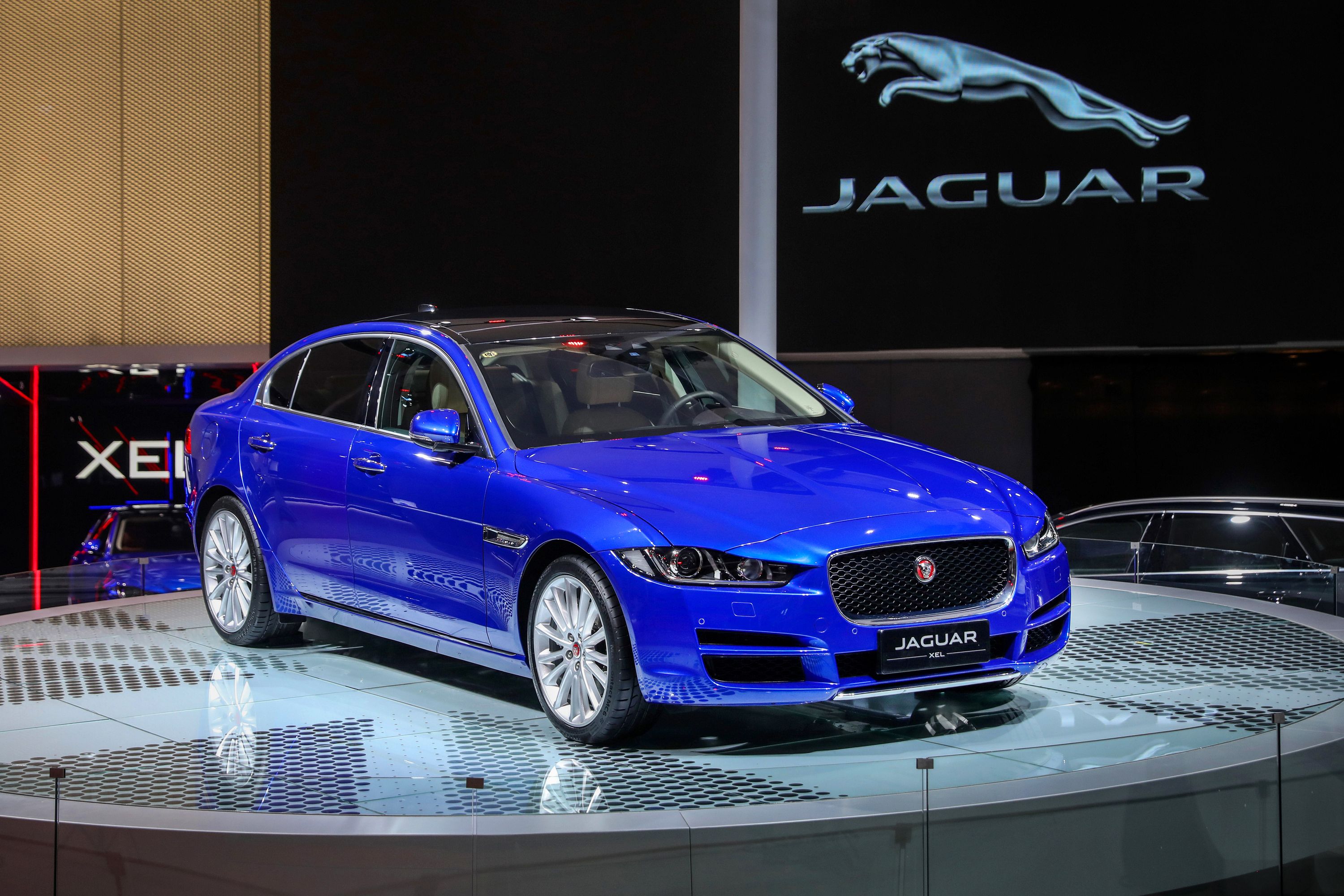 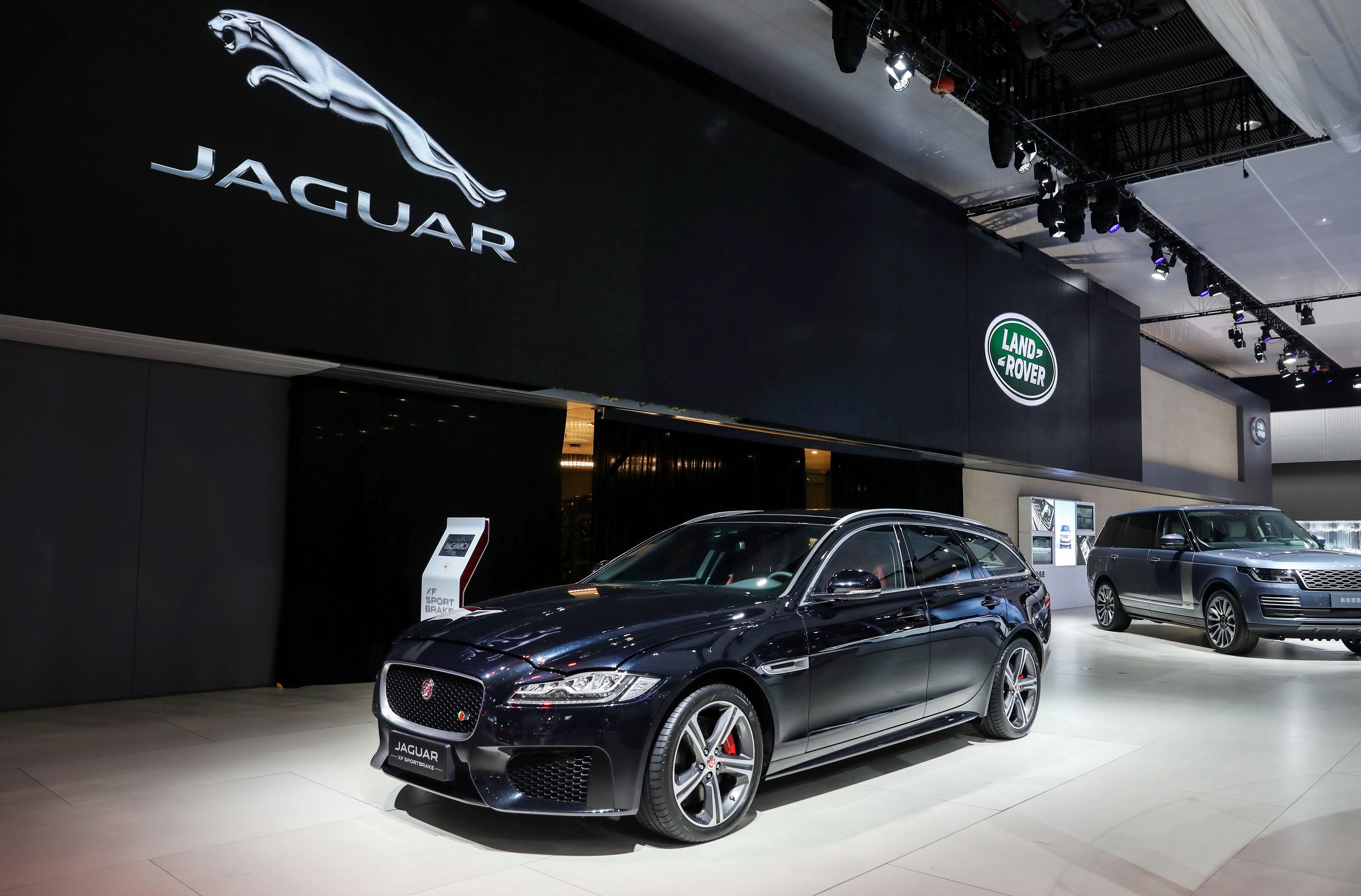 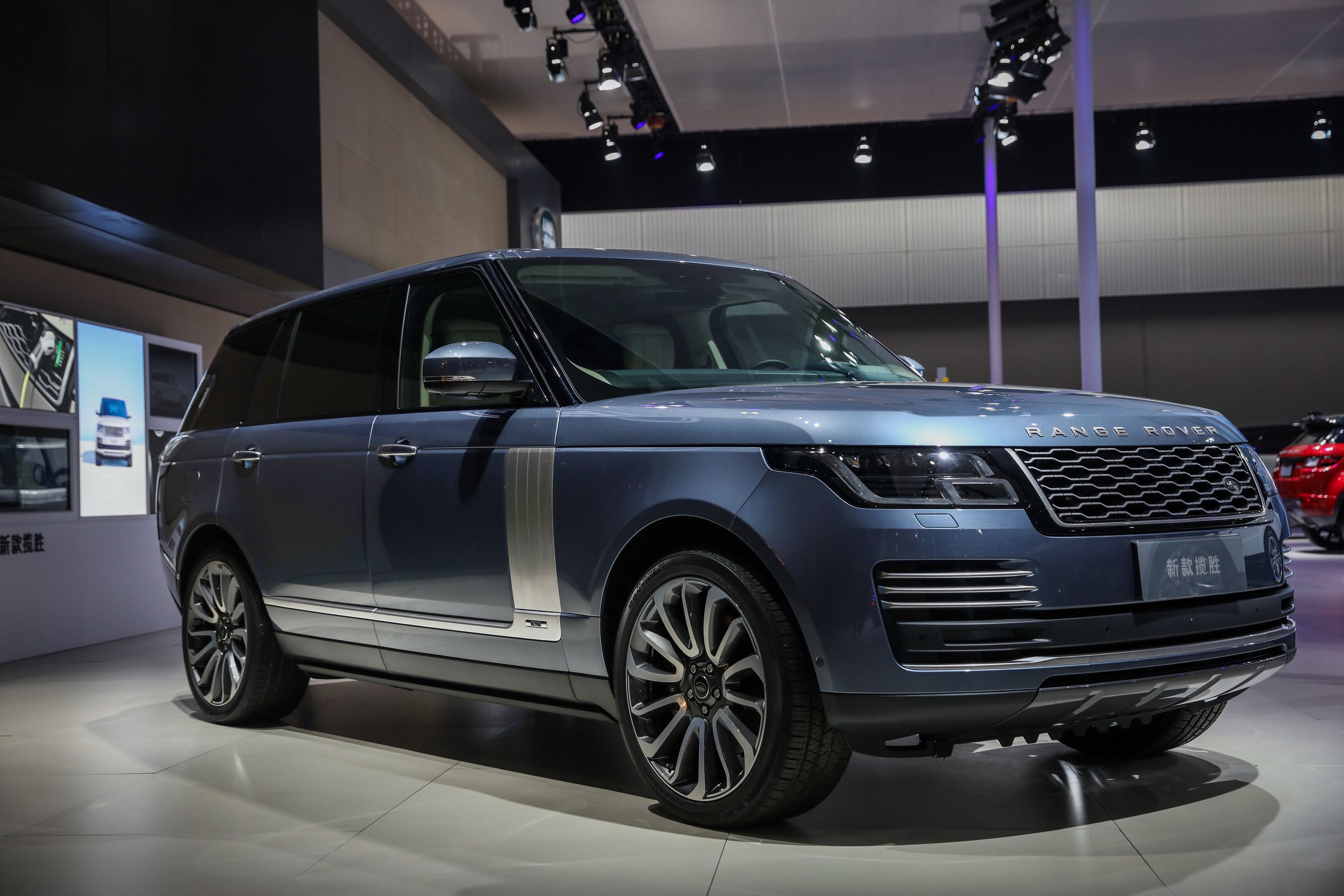 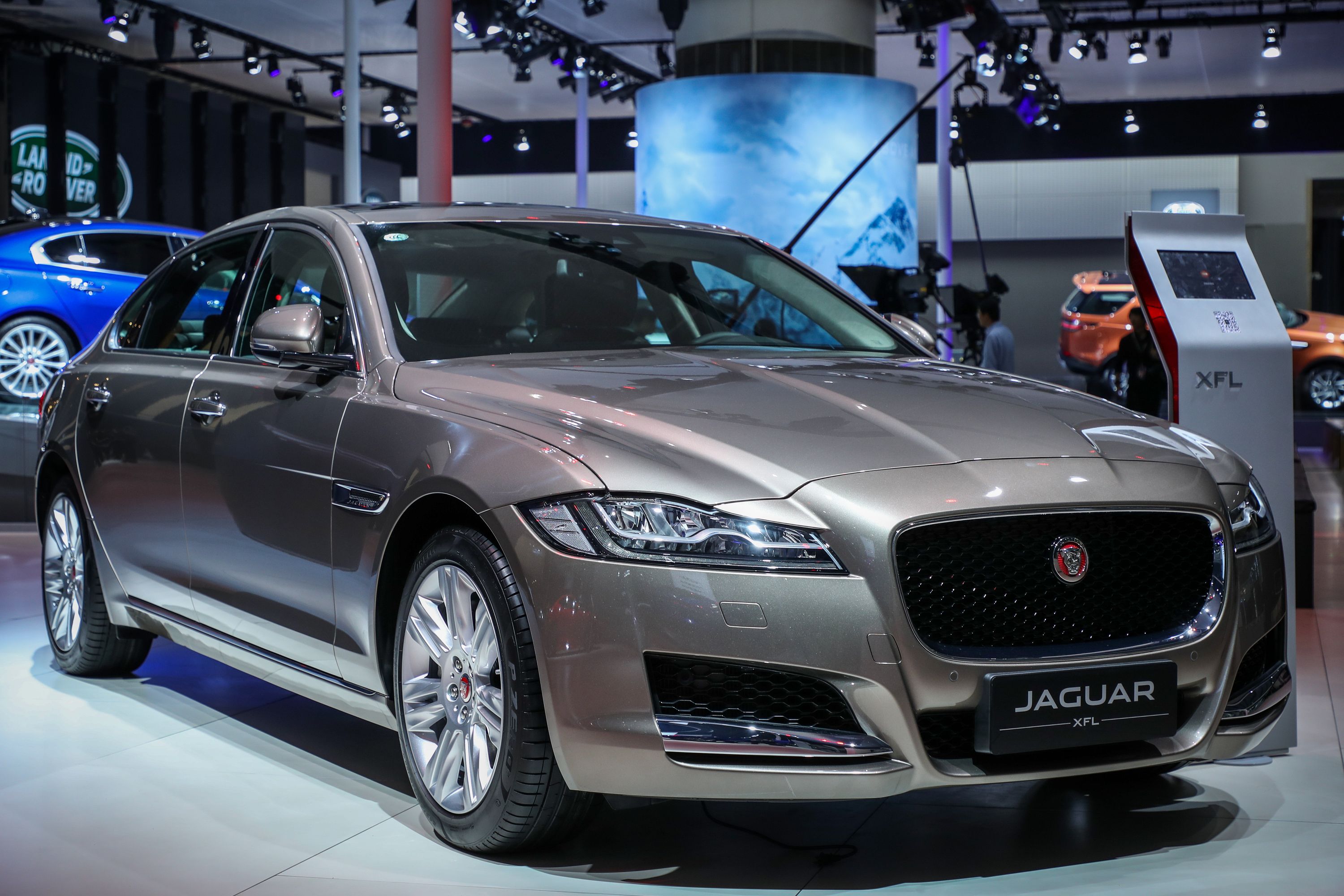 ·Global debut of the All-New Jaguar XEL: the cross-class sports luxury sedan that stands out as a unique choice for young Chinese customers

·The All-New Jaguar XF SPORTBRAKE arrives in China with MSRP: a new force for the domestic wagon market

（Guangzhou, Nov. 17th, 2017）The 15th Guangzhou International Automobile Exhibition draws its curtains at the China Import and Export Fair today. Jaguar Land Rover China teams up with Chery Jaguar Land Rover to announce the global debuts for the All-New Jaguar Cross-Class Luxury Sports Sedan XEL and the All-New Range Rover Sport Plug-In Hybrid Electric Vehicle P400e. Other star vehicles in their line-up also have also made themselves known in Exhibition Hall 4.1, including the All-New Jaguar XF SPORTBRAKE, All-New Land Rover Range Rover and the Range Rover Sport. With their elegant design, edge-cutting technology and unparalleled performance, Jaguar and Land Rover have shown their potential in the Chinese luxury car market and their determination towards a future of clean energy. During the debut, the champion of the first The Voice in China, Liang Bo, made the press conference not just a treat for the eyes but also a festival for the ears.

“Jaguar Land Rover is dedicated to become the technology company for electrification, automation, interconnection and sharing. The debut of the All-New Range Rover Sport Plug-In Hybrid is the first major step of this transformation. From the year 2020 onwards, every new vehicle from Jaguar Land Rover will be completely electric-driven. With the concept of Zero Emissions, Zero Accidents and Zero Waste of Technology, we will keep providing a wide variety of models and outstanding service to our customers while taking responsibility and the duty for a better future.”

“With the concept of “Customers First” in mind, Jaguar and Land Rover have never ceased to exceed the expectations of our customers with unique British-styled models. We have set a new record in China with continuous year-on-year growth for 22 consecutive months. In the future, we will maintain the spirit of innovation, reaffirm the concept of sustainability, and steadily march towards a bright future in China with our business partners. ”

Exclusively Tailored For the Ultimate Driving and Riding Experience

The All-New Jaguar Cross-Class Luxury Sports Sedan XEL makes its global debut at the Guangzhou Auto Show this year. The XEL is another game changer from Chery Jaguar Land Rover that is exclusively engineered for young Chinese customers. It delivers the unrivalled dynamics and peerless design of the standard XE with enhanced luxury, exceptional comfort and increased technology customers have come to expect from a luxury sports sedan. The new XEL is built around an all-aluminum monocoque, which is very rare in its class. It is equipped with the powerful Ingenium 2.0L four-cylinder engine for unparalleled performance. With a wheelbase increased to 2,935mm, occupants in the rear seats are able to enjoy enhanced legroom and improved kneeroom for greater comfort. With state-of-the-art comfort and technology options including a sliding panoramic sunroof, Windsor leather seats, a Meridian Surround Sound System, a 10.2 inch central touchscreen and a 12.3 inch all digital instruction panel, the charming British stallion has come to redefine luxury.

Edge-cutting Technology Drives the Next Step towards Electrification

The Land Rover Range Rover Sports Plug-In Hybrid Electric Vehicle P400e also makes its debut simultaneously. As the first plug-in hybrid model in the family, the all new P400e is both environmentally friendly and incredibly powerful. The efficient new Range Rover P400e provides sustainable performance by combining a 2.0L four-cylinder Ingenium engine with an 116PS electric motor. The 404PS total available power output and 640Nm of torque – available through the permanent four-wheel drive system – delivers 0-100 km/h in 6.7 seconds while only consuming 2.7 liters of gasoline per 100 km. Meanwhile, the P400e provides an all-electric range of up to 31 miles (51km). Customers can now indulge in a whisper-free and zero-emission driving experience. In addition, subtle exterior design changes give the P400e a harmonious and modern appearance while maintaining its sporty nature. Two high-definition 10-inch touchscreens form the centerpiece of the minimalist cabin with the Touch Pro Duo, the most advanced infotainment system created by Jaguar Land Rover so far. Fast and intuitive, it combines finely engineered physical controls and a beautiful digital interface to deliver a truly connected driving experience. The All-New Range Rover Sports Plug-In Hybrid has been announced with a MSRP of 968,000 yuan on the first day of the Guangzhou Auto Show.

Luxury Upgraded for New Faces in the Land Rover Line-up

In the festival of automobiles, Land Rover also showcases its new Range Rover and new Range Rover Sport for the first time as they bring the Range Rover Family to a new level of luxury. Both new models are equipped with the InControl infotainment system with twin high-definition touchscreen and industry-leading voice recognition to ensure a convenient interactive experience. The introduction of LED lighting does not only provide superior illumination at night, but also makes its appearance more aggressive from the front. The new Range Rover and new Range Rover Sport also have smart key wristbands for its customers, enabling keyless locking and unlocking for a worry-free time outdoors. In addition, the NanoeTM cabin air ionization system and gesture-controlled sunblind provides a more comfortable riding experience for the passengers.

Last but not least from Land Rover, the Discovery family also makes their appearance in Guangzhou. The new Discovery inherits the spirit of exploration running in the family from 28 years ago, but with a revolutionary design, outstanding functionality, peerless all-terrain off-road capabilities and smart technology now. The 2018 Discovery Sport has been recently upgraded to the All-New Ingenium 2.0L four-cylinder engine. With many humanized auxiliary technologies, it’s always ready to help its driver start a new journey of discovery.

Upgraded to Rewrite the Jaguar Name

Besides the global debut of the XEL, Jaguar is also showcasing the All-New Jaguar XF SPORTBRAKE, a luxury wagon being introduced on the 10-year anniversary of the XF. With its sharp exterior design, practical cabin space and sports-car like performance, the XF SPORTBRAKE shows off its beauty in both appearance and performance. The new XF SPORTBRAKE has a smooth streamline body and dynamic styling, resulting in an aggressive sporty look while achieving impressive aerodynamic performance. Genuine leather and other luxury materials have been used for its interior to create a balance between fashion and practicality. The aesthetically impressive rear trunk has a storage space of 565 liters and can expand to 1675 liters with the rear seats folded, sufficient for the storing needs of customers. With the air-electricity separation technology, powered gesture trunk lid & tailgate, extra-large panoramic roof and smart wristband key, the new XF SPORTBRAKE will be the best choice for young customers with a modern lifestyle. Besides, with the help of the new Ingenium 2.0L four-cylinder engine, specially tuned suspension system and active all-wheel drive powertrain, the new XL offers superior performance on the road. Its MSRP has also been announced at the first day of the auto show, starting from 498,000 yuan.

On the same stage we also see other two Jaguar models with an upgraded engine, the new XFL and F-PACE. Both vehicles are now powered by the All-New Ingenium 2.0L four-cylinder engine to provide superior performance and outstanding ride comfort. The XFL is also equipped with the new InControl infotainment system,  seamlessly combining technology and comfort into one and redefining the benchmark for sports business sedans. The F-PACE comes with Torque Vectoring and Intelligent Driveline Dynamics, promising Jaguar’s iconic outstanding performance with an optimized driving experience.

In addition, the Jaguar F-TYPE impresses the audience with its bold design, peerless performance and state-of-the-art technology. The XJ maintains its prestige and elegance with luxury ride comfort and dynamic driving experience. The XE inherits the sports gene from the F-TYPE, showing off its aggressiveness in its muscular appearance and unparalleled driving performance.

Customers First and a Green Future

Meanwhile, with electrification, automation, interconnection and sharing, Jaguar Land Rover vows to bring better and cleaner vehicles to its customers. From 2020 onwards, every new vehicle from Jaguar Land Rover will be available in pure electric, plug-in hybrid or light hybrid models. Jaguar Land Rover has also started road tests for unmanned vehicles and the development of “autonomous driving in the city” research in Britain. Many models from Jaguar Land Rover have the smart InControl infotainment system, providing excellent functionality and outstanding interface performance. In the ride-sharing sector, Jaguar Land Rover’s InMotion Ventures has invested 25 million USD in Lyft, the fastest-growing ride sharing company in USA with an exclusive Jaguar and Land Rover fleet, marking its official entry into the ride sharing market.

Drive with Excellence and Efficiency in the Chinese Market

As a representative in the rise of the Chinese automobile industry, Chery Jaguar Land Rover has come to a historic moment since its inauguration half a decade ago. In the past five years, the company has become a high-quality auto joint venture with its complete industrial chain having impressive and healthy growth. Under the joint leadership and its international advantages, Chery Jaguar Land Rover has formed a business chain system including R&D, purchasing, manufacture, quality control, sales, after-sale service and information systems. It sets a new example for auto joint ventures in China. As the president of Chery Jaguar Land Rover Mr. Murray Dietsch said, “We have always believed in the motto, Drive with Excellence since the start of the company 5 years ago. Through import of the newest products and most advanced technology, Chery Jaguar Land Rover always provides the best driving and riding experience for Chinese customers. With the global debut of the All-New Jaguar XEL now and the Jaguar E-PACE next year, we will release five models in the next three years and continue to develop the Chinese market with an efficient market layout.”

The second stage of capacity expansion for Chery Jaguar Land Rover will finish construction and equipment calibration within the year, creating a 50% increase in manufacturing capability. As executive vice president of Chery Jaguar Land Rover Mr. Chen Xuefeng said, “Never forget our mission and keep going. Chery Jaguar Land Rover is starting from a new point and will keep our promise of delivering world-class products and services to our Chinese customers. We will maintain long-term competitiveness throughout market changes and reconstruction, doing our part in making Chinese domestic auto companies stronger.”

With debuts and appearances of its star vehicles at the Guangzhou Auto Show this time, Jaguar Land Rover China and Chery Jaguar Land Rover have once again reaffirmed their promise and belief in the Chinese market. With products and services ahead of the time, they vow to bring British-style refinement to Chinese customers.