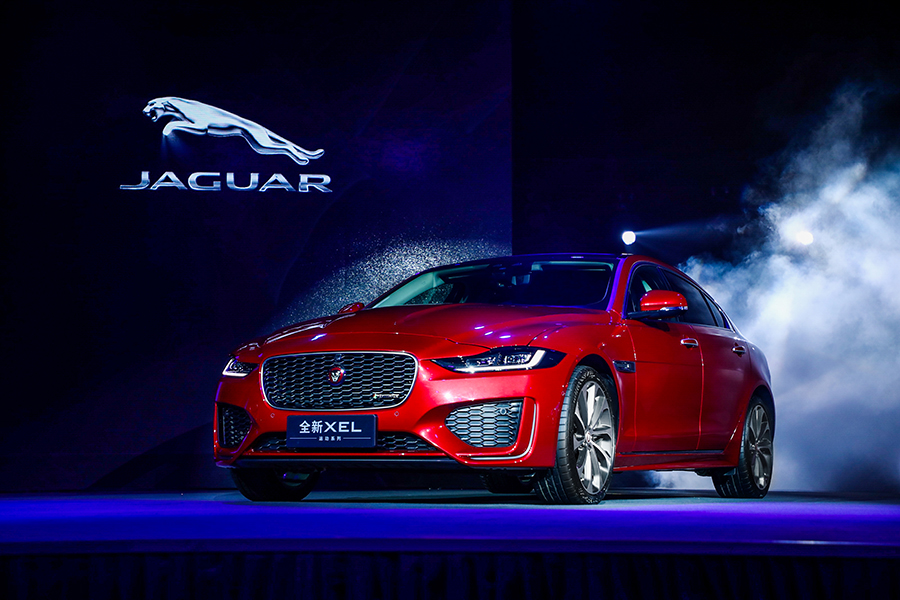 ·The New Jaguar XEL wasofficially launched on November 29 with a starting price of RMB 289,800. The new model will be available in all shops since December 3

·The New XEL is positioned as new British sports sedan, catering to the modern urban youth with a lifestyle of PLAY SERIOUSLY

Taking “PLAY SERIOUSLY” as its value proposition, the New Jaguar XEL, with its fully updated product strength, is the perfect ride for modern urban youth who pursue freedom and novelty in their lives. This new model will help them define their own lives and fully live up to their potentials.

Every Jaguar model reminds people of its glorious moments in racing tracks. The New Jaguar XEL is no exception. It delivers exceptional and exquisite sports experience thanks to the lightweight intelligent aluminium body, 50:50 front and rear weight ratio and the aluminium double wishbone front suspension originated from Jaguar F-TYPE. This new model is equipped with a series of track technologies, such as torque vector distribution system, capable of active adjustment of over-turning and automatic correction of understeering, offering steadier and sports car level control when cornering.

The Secret Cinema with a British origin has gained popularity worldwide. The unprecedented and innovative fusion of film and acting not only displays British art and culture, but also interprets British heritage through innovative immersing experience. Empowered by the superior strength of new British sports sedan, the New Jaguar XEL becomes an iconic symbol of modern New British culture in Chinese market, as well as an advocator of experience. The Secret Cinema is the best way to take in the innovative modern British charisma of the New Jaguar XEL.

Mr. Paul Hu, IMSS Product Marketing & Marketing Executive Deputy President said: “With the unique design and the enterprising spirit of constantly surpassing itself, The New Jaguar XEL has become the iconic symbol of modern British culture and is eager to introduce the trendy experiencing form of Secret Cinema to Chinese customers so that we can play seriously and feel the modern Britishness together in this trilling and immersive experience.”

The New Jaguar XEL indicates the company has entered a new stage of development. Chery Jaguar Land Rover has maintained a steady development during the past 7 years since its establishment. The company has built the world’s leading systematic power of manufacturing excellence and the global flagship plant of Jaguar Land Rover; as well as completed the talent system covering the areas of R&D, procurement, manufacturing, quality and marketing. The company has now entered a new stage of high-speed and high-quality development featuring “intelligence +”, and is determined to continuously promote the positive R&D capability and technical advancement. Chery Jaguar Land Rover is committed to the ever-advancing local Chinese market by maintaining a close market insight and continuously offering exceptional products.

Mr. Chris Chen, Deputy President of Chery Jaguar Land Rover said: “When developing new products such as the New Jaguar XEL, Chery Jaguar Land Rover is attentive to the voice of the Chinese market in an effort to meet the needs of Chinese customers and perfectly deliver the unique Britishness of Jaguar and Land Rover brands. In the manufacturing field, Chery Jaguar Land Rover vigorously promotes the development strategy of “intelligence +”, pays attention to technology, quality control and products, and moves forward to a new model in China’s high-end automobile manufacturing field. And we will continue to promote the company’s R&D capability and technical level, accelerate product update iterations, launch more products that meet the needs of Chinese consumers and are full of competitiveness, and continue to drive the British experience.”